While many in the LGBTQ+ community do extremely well for themselves, a large number struggle for basic things like housing and food. Wherever you stand – it is important to be proactive and take steps to make smarter financial decisions.

I get asked all the time if there is still a need for LGBTQ specific financial advice now that marriage equality is law of the land¹. It is a bit of a heteronormative attitude to think financial planning is the same regardless of sexual orientation. Members of the LGBTQ community have different thoughts and attitudes about money compared to the heterosexual community.

While there are a variety of opinions when it comes to money and finances, homophobia, equal rights and taxes all play a central role in the LGBTQ+ communities attitudes about finances. Some of these are highlighted in this survey. Our priorities and life goals vary such as where we choose to live and how we want to spend our money. Spending habits and financial challenges are unique within the community and they likely vary between the L-G-B-T-Q and everyone else in between.

We are not all born fabulously wealthy. While many in the community do extremely well for themselves, a large number struggle for basic things like housing and food. We do have many advantages as a community but we also suffer many additional challenges. Wherever you stand personally, it is important to be proactive and take steps to make smarter financial decisions.

Entertainment, dining out and travel are a staple for many in the LGBTQ community. The discrepancy is more pronounced when you specifically break out the gay men. This group prioritized travel 11% more than the general population. Surprisingly, we prioritize spending on clothing 8% less than the general population. With all that travel, I would have expected more money being spent for clothing.

While this statistic is upsetting, I’m surprised that the number is this low. Other frustrating statistics revealed in the survey include 13% of respondents reported harassment in the workplace and 12% reported being less likely to get a specific job or promotion. In addition to survey results, marriage inequality has cost some couples financially. Higher taxes and not taking the typical steps a legally married couple would normally take to achieve financial security are two big reasons.

Fear of discrimination pushed many in the community to live in specific parts of the country or even specific parts of a city. This can greatly increase the average cost of living. The survey didn’t address those kicked out of their childhood homes or whose parents contributed less to college than they might have a straight child. These factors can indirectly hurt career opportunities for LGBTQ students while and add to the burden of student loan debt. Members of the LGBT community are also less likely to seek out professional financial planning advice.

It appears our community loves credit cards. There always seems to be a conversation about which credit card everyone is using and why when the time comes to split the brunch or dinner bill. Fifty-five percent of respondents reported using a credit card to build up rewards or miles. For the most part, the younger the respondent, the more likely he or she would be using a credit card to establish credit worthiness. This also falls in line with the desire to increase credit limits. Credit card usage and motivation doesn’t diverge much between the LGBTQ and heterosexual communities.

This came as a bit of a surprise to me. Fifty-two percent of respondents would describe themselves as savers. Conversely, 29% identified as spenders. A deeper dive revealed negative financial attitudes are more prevalent in the LGBTQ community when compared to the heterosexual community. We are less likely to care about our credit scores (78% vs 73%), we feel less in control of our finances (62% vs 58%) and there are less of us who are contributing to our retirement accounts (45% vs 43%).

Additionally, LGBTQ people are more likely to report bad spending habits (34% vs 28%). We are also more likely to struggle to maintain good saving habits (44% vs 38%). However, there is some good news. As we age, many in our community improve in these areas. As previously mentioned, LGBTQ respondents reported feeling less in control of their finances. That number was 44% for LGBTQ respondents age 25-34. However, 75% of respondents who were 65+ felt they had control of their financial situation.

As a group, LGBTQ people are more likely to struggle earlier in their adult lives. We’ve seen large numbers of LGBTQ youth thrown out of their homes or become estranged from their families. Situations such as these can increase the challenges of keeping your finances together in your earlier years. While they can also lead to problems later in life, they are more likely to be pronounced earlier in life. 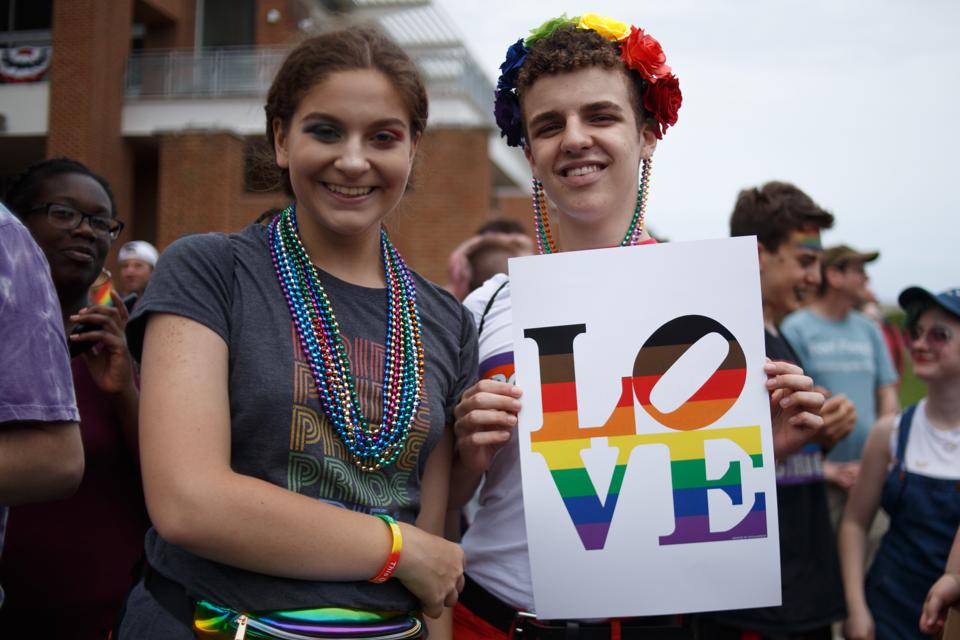 While overspending is never a good thing, at least the respondents are aware of the areas they are likely overspending. These include dining out, traveling, etc. I’m all for enjoying life but it’s important to find a balance and stick to a budget. Go out and enjoy life but make sure save for retirement and other financial goals before booking that European vacation.

How are you feeling about your finances? Are in control and on track for your various goals? Whatever your age, it is never to late to improve your financial outlook. That being said, the sooner you get started the easier it will be to reach your most important financial goals.

This article was written by David Rae from Forbes and was legally licensed through the NewsCred publisher network. Please direct all licensing questions to legal@newscred.com.